We follow Ian’s journey from bricklayer to Flight Duty Officer

What made you choose to join the control room?

I had varying jobs since leaving school, qualified bricklayer, scaffolding, insurance, working abroad as a P.R. and before joining the police forklift truck driver. It was in my last role I made a conscious decision I couldn’t do that role for the rest of my life as I found it easy, tedious and boring. There were no challenges and I wanted to better myself, so with this in mind I enrolled in night classes at college and obtained a diploma in computing. Towards the end of the course I came across an advertisement in the local paper for Communications Operators in the West Yorkshire Police,

This was 11 ½ years ago and I have never looked back. I started as a 999 call taker later moving on to divisional dispatch and then transferred to NPAS (National Police Air Service) as a flight dispatcher. For just short of 3 years now I have been an FDO (Flight Duty Officer) in charge of a team of 6 flight dispatchers who deploy 19 rotary air assets at 14 bases around the country to all 43 police forces across England and Wales. Even after all this time I still get the buzz of helping people and find it very rewarding when we have made that difference in helping someone and potentially saving their life.

Tell us what is like working in an emergency control room?

Working in police control rooms can be very hard and stressful and at times without recognition. Having worked across varying control rooms each have their differences but all have varying high stress factors. 999 call takers deal with one call at a time and once finished and passed to dispatch move onto the next, but this doesn’t make the job any easier. They are left wondering what happened, was that missing person located or did that person suffering domestic violence get to safety and the help they needed? Did the caller I just spoke to get freed from the trapped car they were in following that car accident.

Dispatch roles can be manic and very intense. On the busy nights they can accept dozens of logs, with very limited resources to attend. They have to manage who they deploy the police to deciding which log they have is the most critical to send officers, Knowing there is someone who has called for police help but will have to wait that bit longer.

Working for NPAS is a different environment. The intensity isn’t the same as divisional dispatch but we still get very busy and decisions we make literally can be life and death. Having 43 police forces nationally all requesting the assistance of 19 helicopters can lead to very hard deployment decisions. We use the NDM (National Decision Making Model) to assist with this, but when you have 2 forces with missing suicidal people, both with similar circumstances, but only 1 helicopter to attend, which do you deploy? You could save 1 persons life, but literally be reducing the percentages of saving the other.

999 call takers deal with one call at a time and once finished and passed to dispatch move onto the next, but this doesn’t make the job any easier. They are left wondering what happened, was that missing person located or did that person suffering domestic violence get to safety and the help they needed? Did the caller I just spoke to get freed from the trapped car they were in following that car accident.

What is the most rewarding part of your job?

The most rewarding part of my job is knowing you have made that difference to someone’s life. A significant amount of jobs we receive at NPAS are missing people and concern for welfare type incidents. When we have sent one of our helicopters and we receive an update from the crews that they have located that small child that went missing, or the elderly person that suffers dementia has been located after several hours missing, there is no better feeling. Many times forces have thanked NPAS saying without the support and assistance in searching large open area’s that would take ground units hours to search, the result may not have been as positive.

Also knowing that just deploying a helicopter to give reassurance to members of the public, and seeing how this has helped, makes me feel like we are providing a world class service.

I was the Flight Duty Officer on the night we received the news no one ever wants to hear, that a bomb had been detonated at a concert taking place at the Manchester Arena. We deployed aircraft immediately and supported ground units with continuous air cover throughout the whole night pooling resources and crews that involved 3 of the bases across the whole Northern region.

I was on overtime and the flight dispatch team that were in weren’t even my own, however the professionalism and team work ethic that shone in the Operations centre that night made me very proud to say I work for NPAS. The hard working, diligent actions of the whole team that night alone gave me a huge feeling of satisfaction that we had done our upmost to help all emergency services on the ground, and the unfortunate members of public caught in the cowardly act.

This was evidenced even more after my shift, watching the news at home to see a member of public who had been caught in the incident; reporting what they had witnessed, the after events, but more notably to me; seeing the police helicopter. Although this atrocity had just taken place, seeing the helicopter somehow gave that person a sense of relief and made them feel safer. We did that, we made them feel safe, we helped that person, as a team, a family and a world class force.

This is not however an isolated incident as NPAS deal on a National level, not just regional. All the teams within the Operations Centre have had to deal with major incidents which include the London Bridge and Westminster attacks, as well as the Grenfell Tower tragedy.

What makes your job challenging and how do you overcome this?

As with all forces around the country that supply a service with limited resources, NPAS are no different. As a Flight Duty Officer this can be a challenge as already mentioned above when you have numerous incidents to attend, with differing forces requesting around the country. Having to make that decision as to which incident takes priority over another, and where to send the helicopter can be trying at times.

Also as we are dealing with very technical pieces of machinery, that invariably produce mechanical issues that can ground the aircraft, this can become even more challenging as the fleet depletes. We can’t just go to a spare, or say, “that issue is only minor so they can still attend” as safety of our crews and members of the public is paramount. Nobody wishes to suffer another Glasgow incident. So at times we make decisions everyday with the minimal resources we have, which adds pressure to your decision making process. Also to clarify, it is not just the FDO making these decisions, but the whole team of staff in the Operations Centre from Flight Dispatchers up. One wrong decision can have massive implications.

We overcome this by working together as a team, with everyone helping. This includes everyone in the Operations Centre, to crews at the bases and the forces that request us by asking for further information so we can assess each request on its own merits.

We try to help our staff as much as possible and have a friendly, relaxed feel to the room, as pressure and stresses can rise quickly. This has to be managed so staff aren’t overcome with mounting pressure. Just a quick “well done, that was a brilliant job/decision” can go a long way to make the staff feel appreciated, and that they have done the job the best they can.

What does International Control Room Week mean to you and the team?

NPAS is still young in service and over the last 5-6 years the Operations Centre and its staff have been vital in its ongoing progress. The dispatchers that work in here have had to learn a new way of dispatch and the role that we play in the deployment of Air assets, which is not only under the scrutiny of all 43 requesting forces, but also work in line with and under CAA regulations.

Recognition of the work the staff do in here is few and far between, yet the role they play and the work they conduct is vital in our success. They are the back bone of the deployment of NPAS aircraft, it is they who make the difficult decisions day in day out of which requests we attend, or not. Without their commitment, dedication and high work ethic I doubt NPAS would be as successful as it currently is.

It will be a week where we thank our staff in the Operations Centre. That the behind the scenes hard work they conduct is acknowledged by all including crews in the aircraft we deploy and ensure their flight safety, to the 43 forces we work with to provide assistance to their officers who require it on the ground. It will be a week where Senior Leadership Teams can show their own appreciation to the staff. Members of the public are aware, it’s not just the face they see that ensures their safety and security, but the people out of sight also.

Thank Ian and the team by using #UnsungHeroes on social media. If you have a story, please email hello@controlroomweek.com

APD @apdcomms
4 minutes ago
Dorset & Wiltshire Fire and Rescue Service is reminding people about the best ways to stay safe and warm this winter https://t.co/nYkKt4nYgE @DWFireRescue https://t.co/Bu3JMt9MIB
View on Twitter 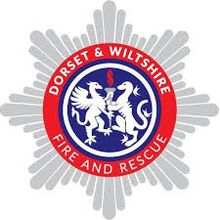 APD Communications3 hours ago
Charlie our @apdcomms #elf certainly has those #feelgoodfriday vibes listening to his favourite Christmas tunes.🎶

What do you think he’s listening to? 🤔